Win against Virginia gives Miami some hopes in the ACC 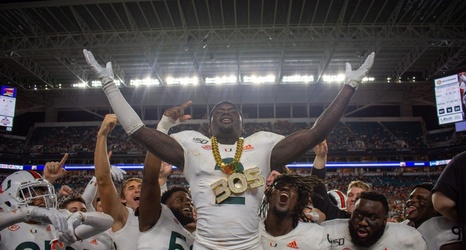 It was do or die for the Hurricanes against the number 20th-ranked Virginia Cavaliers. If Miami lost, it would become extremely difficult to make it to the top of the Atlantic Coast Conference’s Coastal Division.

But, through an astounding defensive effort, Miami held on strong as they defeated Virginia, 17-9.

“It was a very hard-fought win, which is what we expected it to be,” said head coach Manny Diaz. “We had talked all week about how strong our culture was, even on the backs of some of these losses to start the season. If we trusted in [the culture] and continued to nurture it, the results would start to come.