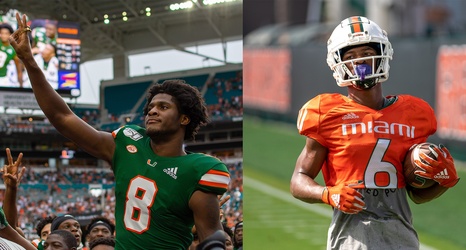 “We took Dee [Wiggins] and Mark [Pope] off the depth chart. They’re both not officially in the [transfer] portal yet but that’s probably what we would expect to happen,” Diaz said in a press conference.

Pope and Wiggins, both starters on last year’s squad, have seen their playing time decrease dramatically through six games this season. Pope has not logged a single catch, while Wiggins has four catches for 25 yards on the season.

Pope took practice reps at cornerback over the past couple months, and he appeared in Miami’s game against Central Connecticut State at that position.