The Miami Hurricanes good, bad and ugly of 2019 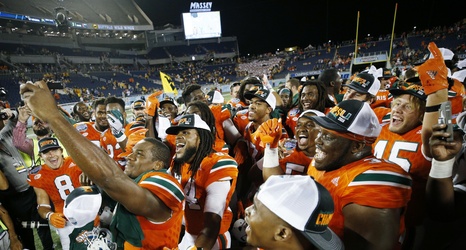 With 2019 capped for the Miami Hurricanes with a victory by the men’s basketball team at Clemson it’s time to take a look back at the good, the bad and the ugly of the past year.

The year began for the Miami Hurricanes athletic department with Manny Diaz two days into his tenure after the shocking retirement of former football coach Mark Richt on December 30. Diaz was officially introduced as the successor to Richt in a January 2 news conference. The month to follow created news every day.

Hiring an almost entirely new coaching staff, particularly on offense, daily updates from the transfer portal and the men’s and women’s Miami basketball teams highlighted the first month of 2019.