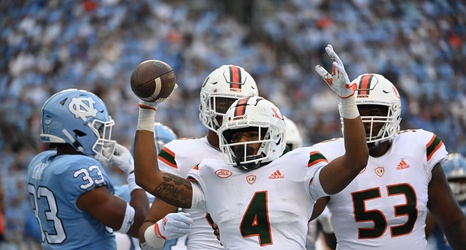 Happy Tuesday everybody. Let’s start by talking about the Canes, shall we?

RB Cam’Ron Harris out for the year

In his weekly Monday morning radio appearance on The Joe Rose Show, Manny Diaz announced that RB Cam’Ron Harris will miss the rest of the season due to injury.

Miami’s starting RB, Harris had been a constant on an offense that had seen another player at the position already have their season ended due to injury (Donald Chaney Jr.), and another player miss time due to suspension (Jaylan Knighton). And through it all, Harris was there.