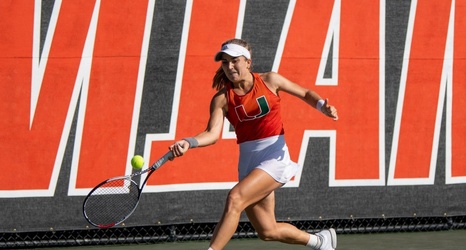 Still without star forward Beatrice Mompremier, Miami finished the week with a 1-1 mark. Having suffered recent losses to Notre Dame and North Carolina, where UM was outscored by 19 or more in the second half, the fourth quarter blues appeared to be returning when they faced Clemson Thursday night. After the Canes had led by as much as 22 in the second half, Clemson tied the game at 64 in the final minute. Luckily for Miami, Kelsey Marshall hit a 3-pointer on the ensuring possession and the Tigers were unable to respond as the Hurricanes held on for a 68-64 win.