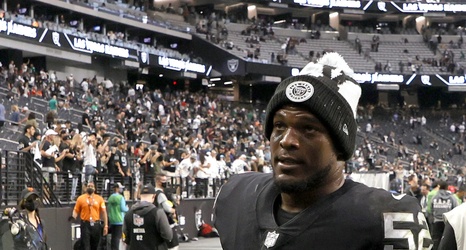 Week Ten ProCane of the Week: LB/Denzel Perryman - (11 tackles) Through 10 games, Perryman has played like a heat-seeking missile as he leads the NFL in total tackles with 102 on the season. Even more, Perryman has tallied double-digit combined tackles in nine of those contests, the lone outlier being an eight-tackle performance.

This past offseason as a free agent, Perryman was initially picked up by the Carolina Panthers. The Panthers realized during the offseason, for whatever reason, they did not need Perryman and traded him to the Raiders.