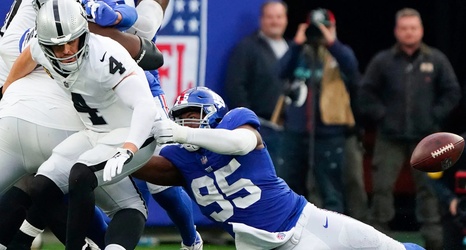 Week Nine ProCane of the Week: LB/Quincy Roche - (four tackles (career high), two QBHits, 1.0 sack (first career sack), one forced fumble) Similar to another rookie who had a breakout game last week, Roche has had quite the journey to get to where he is now. The transfer from Temple was not drafted until 216th overall by the Pittsburgh Steelers. And despite having needs at the position, Roche was surprisingly cut before the season. The New York Giants did their research and picked up the tenacious and work hard pass rusher.