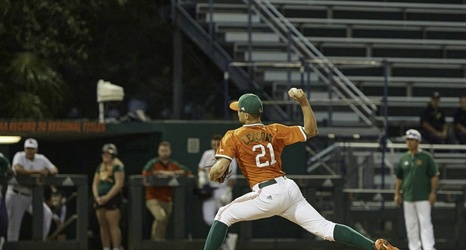 The Miami Hurricanes enter the 2020 season with a consensus Top 10 ranking, in large part due to the depth they possess at each position. Head coach Gino DiMare will have some tough choices to make each time he fills out the lineup card. So, how will each position shake out?

Despite the loss of catcher Michael Amditis, who signed with the Cleveland Indians organization after being selected in the 21st round of last year’s MLB Draft, Miami is deeper at catcher than perhaps any other position.

After starting all 61 games last season, including 12 at catcher, sophomore Adrian Del Castillo is ready to take over catching full-time.