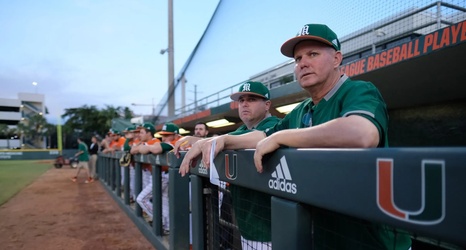 Despite holding a 5-3 lead heading into the bottom of the sixth inning Friday afternoon the Miami Hurricanes could not hold on and beat the Pittsburgh Panthers in the opening game of their weekend series. Miami’s record dropped to 17-9 (10-8 ACC) with the loss.

Pittsburgh took an early lead against the Hurricanes in the bottom of the first inning. Sky Duff led off the game with a double and moved to third on a double play before scoring on an infield single.

Miami tied the game up in the top of the fourth.