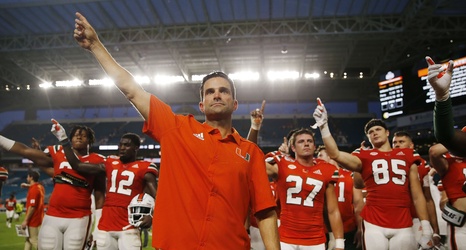 The Miami football program is expected to announce next week the hiring of Southern Methodist offensive coordinator Rhett Lashlee to replace Dan Enos in the same position with the Hurricanes. Lashlee fits the profile of what Diaz has stated he wants in a new OC since Enos dismissed in December.

Billy Embody of Pony Stampede, the SMU 247 site was the first to report that Lashlee was leaving Dallas and talent his talents South Beach, or at least Coral Gables and Miami Gardens. Embody reported that Lashlee helped guide the Mustangs to their best offensive season in recent program memory.