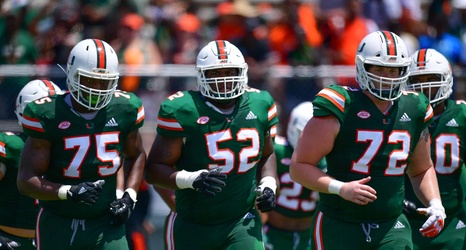 According to a tweet he sent on Friday afternoon, Miami redshirt freshman offensive lineman Cleveland Reed Jr. has entered the transfer portal.

An athlete putting his name in the transfer portal does not guarantee he is leaving his university, but as of 3pm on Friday afternoon, Reed Jr. was not listed on Miami’s official roster on hurricanesports.com.

According to participation reports released by Miami in box scores, Reed Jr. saw action in Miami’s 63-0 win over Bethune-Cookman on September 14 but did not play in the Hurricanes’ losses to North Carolina or Florida.