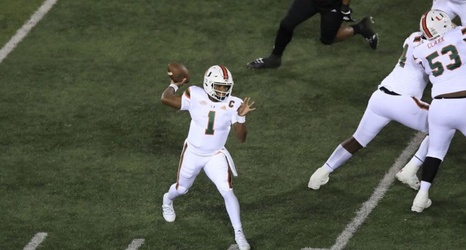 King is often criticized because of his stature, listed at 5’11, but closer to 5’9. One of the best dual-threat QBs in college football, the style King plays fits the modern game.