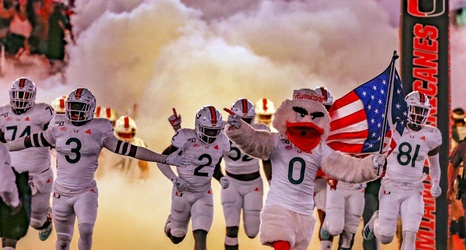 A tale of two teams at a crossroads.

Based solely on how the 2019 season ended, one would quickly assume the Cavaliers would be the team on the rise, while the Hurricanes would be heading in a strongly different direction. Yet, it is the team from Virginia that must rediscover its identity, as team leader and the ACCs most productive quarterback over two years, Bryce Perkins, has left for the NFL. Meanwhile, the Hurricanes, once again, are the talk of the ACC offseason, as they overhauled their offensive staff, bringing in Rhett Lashlee to lead the offense.