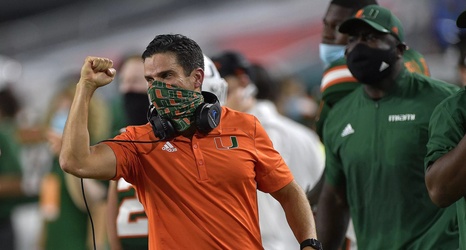 2021 Miami verbal commitment Romello Brinson caught a 77-yard touchdown pass in the first half for the Bulls.

According to the Miami Herald, Brinson was inserted into the game on defense on the final drive and tackled Miami 2023 wide receiver commitment Lamar Seymore short of the first down marker to preserve the victory.