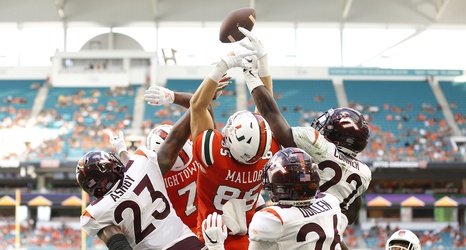 Sophomore tight end Brevin Jordan has made a big impact as a receiver in his first two seasons with the Miami football program. Jordan has 61 receptions for 734 yards and six touchdowns in 17 games as a Hurricane. That is one game more than a full NFL season. Jordan leads Miami with 447 receiving yards this season.

The Las Vegas native is second with 29 receptions, two receiving TDs and 447 yards from scrimmage. Will Mallory has yet to make his mark with the Miami football program. He has eight receptions for 107 yards and two TDs in two years with the Hurricanes.