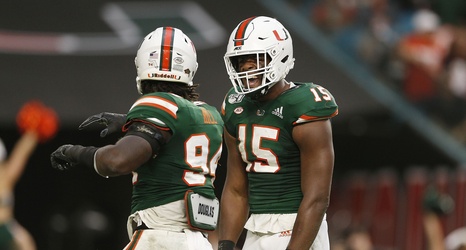 The Miami football five players selected All-ACC were led by redshirt freshman Greg Rousseau who was named the ACC Rookie Defensive Player of the Year. Rousseau enters the Hurricanes Bowl game with 49 tackles, 18 tackles for loss, 14 sacks and two forced fumbles. He did not start his first game until October 11 against Virginia.