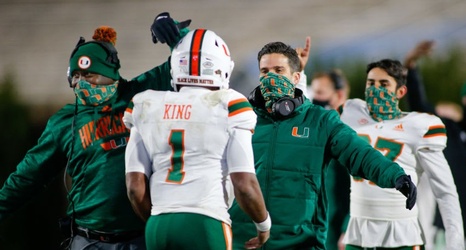 The Miami football program needs better performances in big games to return to becoming an elite team. Miami was embarrassed last season in losses to Clemson and North Carolina. The Hurricanes’ season won’t be defined in their season opener against Alabama, but being competitive can make a statement.