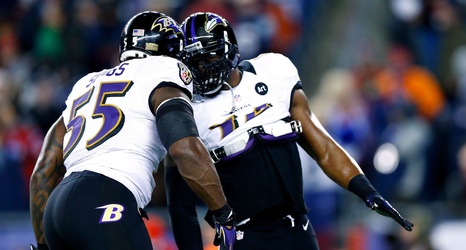 Miami football legends Ray Lewis and Ed Reed teamed with defensive end Terrell Suggs on one of the best defenses in NFL History from 2003-12. The three were part of an elite defense that led the Baltimore Ravens to a victory in Superbowl XLVII. Suggs will play in Superbowl LIV with the Kansas City Chiefs.

Suggs was acquired by the Chiefs for the final two games of the 2019 season off waivers from the Arizona Cardinals. After 16 seasons in Baltimore, Suggs was in his first season back in the desert after playing in college at Arizona State.