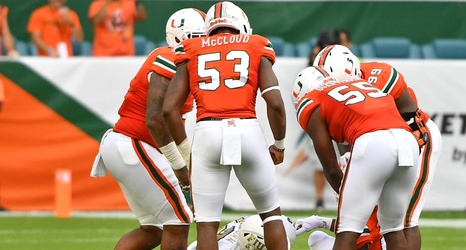 Adding quality at linebacker to the Miami football program in the Category 20 class was critical. The Hurricanes lose four-year starters Shaq Quarterman and Michael Pinckney at the end of the 2019 season. Quarterman finished in the top three in tackles for Miami in each of his four seasons with the Hurricanes.

Quarterman is on pace to start his 53rd consecutive game in the Independence Bowl next week against Louisiana Tech. Speaking to the Miami broadcast team of Joe Zagacki and Don Bailey Jr Diaz stated they like Austin-Cave because in the head coach’s words “he can fly.