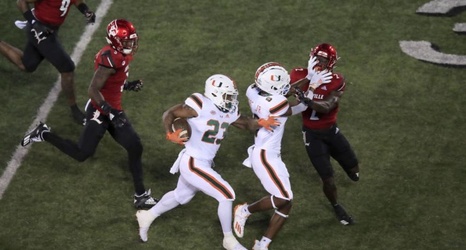 Four-star 2021 signee Cody Brown who matriculated with the Miami football program after initially signing with Tennessee out of Parkview High School in Lilburn, Georgia who has a history of producing FBS running backs. Lilburn head coach Eric Godfrey has done a good job preparing RBs for the next level.

Brown ran for 5,221 yards averaging 7.9 yards per carry with 79 touchdowns and 27 100-yard games in 45 appearances for Parkview during his four-year high school career. Brown is the 232nd ranked player, 13th ranked RB and 21st ranked player in Georgia in 2021.