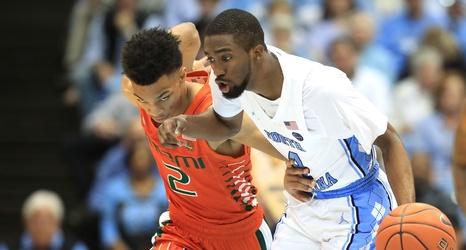 The Miami basketball team earned their first win in over two weeks and just their second in the last month with an impressive 85-58 victory over Boston College at the Watsco Center on Wednesday night. The victory ended a three-game losing streak and was just the third win in the Hurricanes last 12 games.

Miami behind 12-7 before going on a 31-5 run to blow the game open in the first half. Boston College scored the final six points on the first half to cut the deficit to 38-22 at halftime. The Hurricanes never led by less than 13 points in the second half.