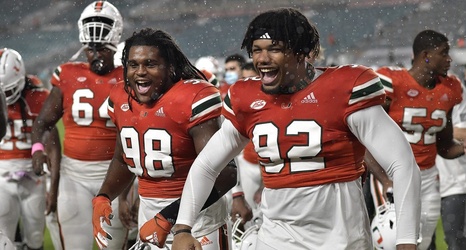 With Election Day just a week away, Miami head coach Manny Diaz told reporters on Monday that his players were 100 percent registered to vote back in July.

Led by running backs coach Eric Hickson, a social justice council was formed earlier this year and Diaz said the council was responsible for making sure all football student-athletes were registered to vote.

Diaz said the coaching staff is going to push for players to get to an early voting location some time this week. given that the team has a bye this week.

“You’ve got a team full of everyone who this will be the first election they’ve ever voted in,” Diaz said.