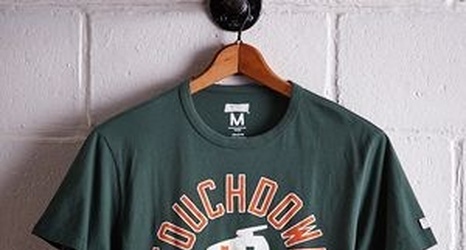 The joint statement issued by the Miami football program, Florida, and Florida Citrus Sports states the four organizations were approached by the College Football 150th Anniversary Organization and ESPN about pushing the game between Miami and Florida up a week to have a marquee matchup to begin the 2019 season.

The 2019 college football season marks the 150th anniversary of the first game won by Rutgers 6-4 (yes, you saw that correctly) over the College of New Jersey which is now Princeton. That game was played November 8, 1869.

The Florida and Miami football programs are hoping to get an answer from the NCAA soon on when the Camping World Kickoff will be played.