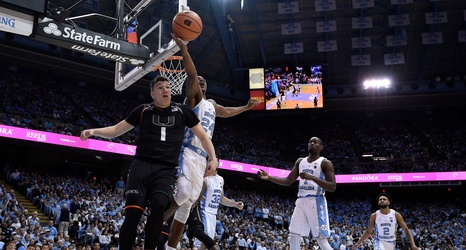 Miami Hurricanes defensive end Jaelan Phillips was named the best defensive player by far in the 2021 NFL Draft by NBC Sports Sunday Night Football and Pro Football Focus analyst Cris Collinsworth. Phillips is projected as the 21st player on the board by the NFL Mock Draft database.

Jaelan Phillips is one spot behind his former Miami teammate, Greg Rousseau, on the NFL Mock Draft database draft board which is a consensus of multiple NFL Mock Drafts. Phillips and Rousseau never played together in a game with Miami but shared the Greentree Practice Fields during the 2019 season.