In Order For Miami To Win In 2020, The Offense Must Keep Up With Their Defense 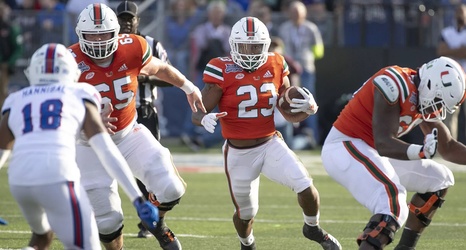 Over the past several years, there has been a usual constant for the Miami Hurricanes, a dominant defense, but an offense that struggles immensely. This has especially been the case the last two seasons.

In 2018, the Hurricanes D had an incredible year, ranking fifth in total defense, and was truly one of the more dominant teams in college football on that side of the ball. On average, the defense gave up less than 20 points per game that year.

However, the offense struggled mightily, averaging around only 22 points per game against FBS schools. In five of the games in 2018, the offense failed to even score 20 points.