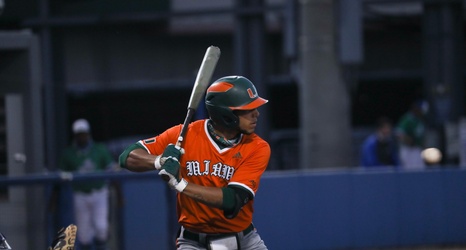 The Miami Hurricanes may be on a six-game win streak, but none of that will be remembered when it’s said and done compared to what lies ahead for the Canes.

That’s because in-state and Atlantic Coast Conference rival Florida State comes to Coral Gables this weekend. When players leave the storied UM program, there’s no doubt they’ll be asked what their career records were against the Seminoles.

“We’ve played them more than any other team in our history,” Miami head coach Gino DiMare said on the history between the two storied sides. “It’s probably over the years the biggest rivalry in [college] baseball.