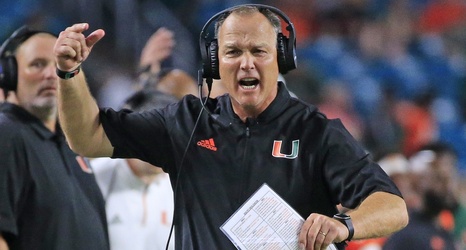 While University of Miami fans are not exactly thrilled about their Hurricanes going against the Wisconsin team (7-5, 5-4 Big Ten) that thumped the Canes (7-5, 4-4 Atlantic Coast Conference) in last year’s Capital One Orange Bowl, you can bet that UM’s vaunted defense is pumped about facing the No. 1 running back in America.

On Thursday night in Atlanta, Jonathan Taylor of Wisconsin was named the 2018 winner of the Doak Walker Award, which goes to the top running back in the country.

The 5-11, 221-pound Taylor, whose 3,966 career rushing yards through this, his sophomore season, are the most in history by an FBS running back, led both teams with 130 yards on 26 carries in last year’s Orange Bowl game.