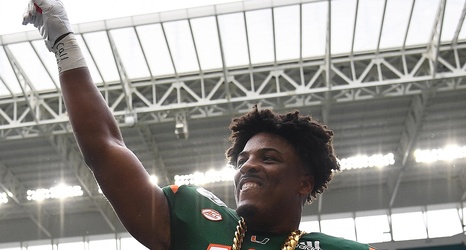 Despite being one of the more enigmatic prospects in draft circles, Gregory Rousseau has found a new home and has opportunity to prove any doubters wrong as he was selected 30th overall by Buffalo Bills.

After seeing his teammate, Jaelan Phillips, go just a few picks before, Rousseau didn’t have to wait much longer as he will be heading from sunny Miami to chilly Buffalo. He will also be in the AFC East along with Phillips.