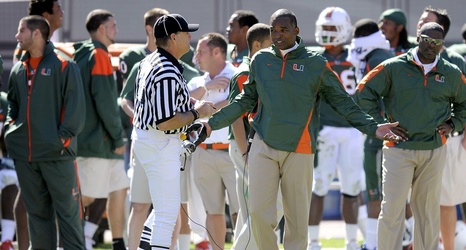 Randy Shannon played linebacker on the Miami football team in the 1980s. Shannon was a member of the 1987 Miami National Championship team under Jimmy Johnson. In four seasons as the Hurricanes head coach, Shannon finished 28-22. Shannon has been the defensive coordinator at Central Florida since 2017.

The Orlando Sentinel reported on Tuesday that Shannon received an increase in his salary from $300,000 per season to $1 million and was also paid a one-time retention bonus of $300,000 on February 6. Shannon was tied with 35 other assistant coaches nationally in salary in 2019.