Edgerrin James and the Players’ Tribune 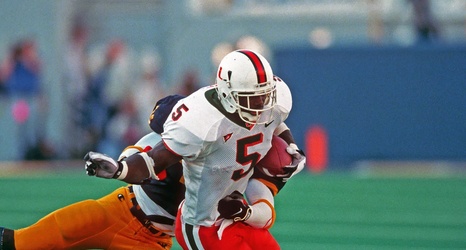 Miami Hurricane legend Edgerrin James penned a piece for the Players’ Tribune called, “The Things I’ll Never Forget,” and it personifies Mr. James’ life and career. James grew up in the muck, Immokalee, FL, a town of 26,000 in South Florida. At Immokalee High School, James was a standout running back before signing with the Miami Hurricanes.

While James never got to taste victory over the Florida State Seminoles, his presence on the field was felt for three seasons in orange and green. His work ethic, leadership, and character set the tone for the resurgence of the 2000 season and the National Championship winning 2001 team.