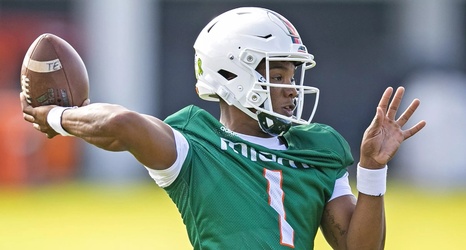 On Tuesday, Miami Hurricanes quarterback D’Eriq King was named to the watchlist for the Davey O’Brien Award, which is given to the best QB in college football at the end of the season.

King, who transferred to Miami from Houston earlier this offseason, has every Hurricanes fans excited as ever. King’s name being added to the watchlist is no surprise, as he established himself as one of the top quarterbacks and pure playmakers in all of college football during his time at Houston.

In 2018, King threw for 2,982 yards and 36 touchdowns, and was equally impressive using his feet, rushing for 674 yards and 11 touchdowns on the ground, setting an AAC Conference record with 50 “touchdowns responsible for”.