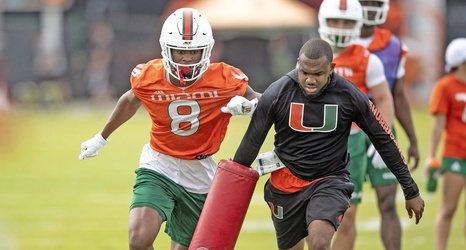 With the 2022 NFL Draft in the rearview, the Miami Hurricanes will be looking to bounce back to form in ‘23. The U, often known for having multiple NFL Draft picks even after bad seasons on the field, saw only one single player drafted in ‘22. That player, defensive tackle Jonathan Ford, wasn’t even selected until the 7th round.

Miami and the Oregon Ducks, Mario Cristobal’s current team and former team, respectively, combined for two selections in this year’s draft. That shows Cristobal and his strength and conditioning coach Aaron Feld, left a lot of talent to return in ‘23, but also without a professional home.