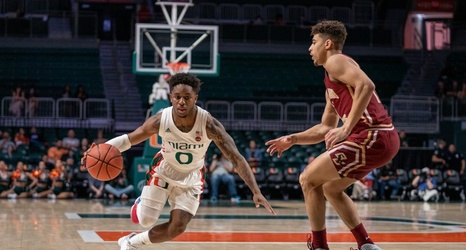 It was a deplete but animated crowd Wednesday night at the Watsco Center, as a much needed 85-58 blowout win over the Boston College Eagles ended a three game losing streak for the Hurricanes men’s basketball team.

“I told the team after the game, winning is a lot more fun than losing,” Miami head coach Jim Larrañaga said after the game. “Not only winning but playing well, where you do the things you planned on doing, when you rebound really well and it’s a team effort.”