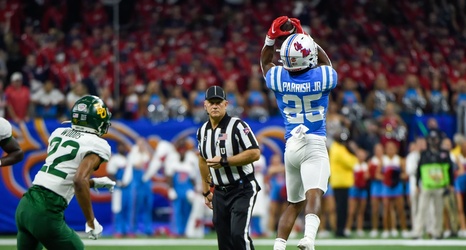 Despite Miami’s nearly two-decade dry spell, one of the bright spots has been the level of backfield talent the Canes have featured. Home run hitters, bruisers, and everything in between have come through Coral Gables and excelled before moving on to an NFL career.

Henry Parrish, Jr. announced his intention that day to transfer to Miami after spending two seasons at Ole Miss. The 5’9” 170-pound back chose Ole Miss after a standout career at Columbus High School in Miami where he rushed for 2,319 yards and 28 touchdowns as a senior.