2022 Canes Recruiting: Could Kaden Helms Be The Next To Come To Tight End U? 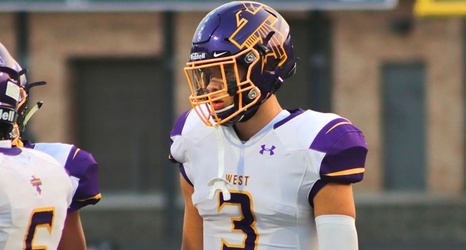 One position that Miami always seems to recruit well and develop even better, is the tight end. With a long and rich history of playmakers at that position, not just in college at UM but then in the NFL, the Hurricanes are clearly Tight End U.

For the 2022 recruiting cycle, a tight end that Miami is pursuing heavily is 4-star talent Kaden Helms out of Bellevue (Nebraska). Helms announced recently that he’ll be taking an official visit to Miami during the weekend of June 11th. He also told reporters that he went own to UM’s campus on his own dime in early March.