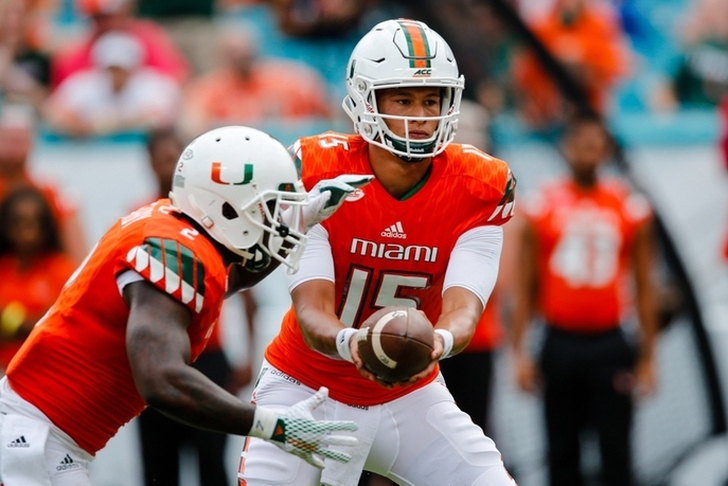 It's already been a hectic offseason for the Miami Hurricanes. They fired Al Golden mid-season and have hired Mark Richt to take over. It's a great hire for the 8-4 Hurricanes and they might return to their winning ways of old soon. Now that Miami has a head coach, we're here to detail their bowl outlook. Here are Miami's 3 Most Likely Bowl Destinations This Year:

Most projections have this bowl picking Virginia Tech and Mississippi State, but the Canes could get the nod over the Hokies. It's a longshot, as is Miami playing the TaxSlayer (formerly Gator) Bowl.

A Sun Bowl bid would pit Miami against middle of the road Pac-12 team, which would make for a good game given how deep the Pac-12 is. There's a strong possibility Miami travels out to Texas to play in this bowl game. It might even be the favorite, but there's another bowl possibility that could and NEEDS to happen.

Miami playing in the Music City Bowl would mean the Hurricanes would face a SEC squad. One of the possibilities for the SEC team is Georgia. Which we'd get to see a bowl game featuring Richt's old team against his new team. Richt plans on coaching the Bulldogs in their bowl game, but going up against his new team could throw a wrench in those plans. Would he not coach UGA if it played Miami? My personal vote is that he has to coach Georgia for the first half and Miami for the second. A Georgia - Miami (FL) matchup is just perfect. This NEEDS to happen.