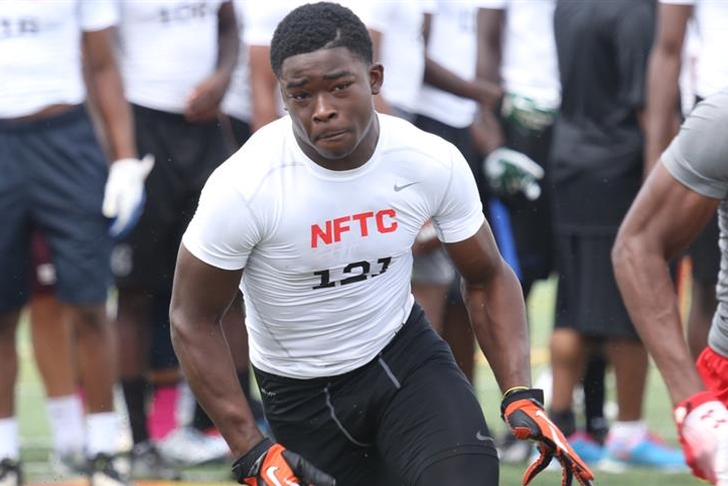 We're officially in the dog days of summer, which means recruiting season is heating up for Miami Hurricanes head coach Al Golden and his coaching staff. With that being said, here's our Miami Football Recruiting Roundup For July 8th.

Area running back to lean towards Miami?

American Heritage running back Devin Singletary has been heavily recruited from the get-go despite his current two-star rating, with Florida State, Miami and North Carolina standing as his biggest offers so far.

Singletary says the Hurricanes have a good chance at gaining his pledge, especially if they prove to be serious in their recruitment process.

"Coach 'Ice' (Tim Harris) came down to the school for me right before spring practice ended," Singletary said, via 247Sports. "That was the last time I spoke with him so I'm a little curious about where that's at. He wanted me to come visit and I might try to get down there before the summer ends. I'm actually going to contact him or Coach Williams about that."

While the Canes are already stocked with in-state running back commits, Singletary isn't sweating the challenge.

"I saw they have three commits at my position but that doesn't really mean anything," Singletary said. "There's going to be competition anywhere I go and I'm ready for that. Plus Miami always produces good running backs, they have been for a long time."

Miami pledge puts on a show at The Opening

Miami receiver commit Sam Bruce was one of the true breakout stars of Wednesday's WR/CBs one-on-ones at The Opening in Eugene, Oregon. By all reports, Bruce showcased a dynamic combination of speed and route smarts that impressed everyone in attendance.

A four-star recruit out of in-state powerhouse St. Thomas Aquinas, Bruce is currently ranked as the #6 WR in the Class of 2016 by 247Sports.