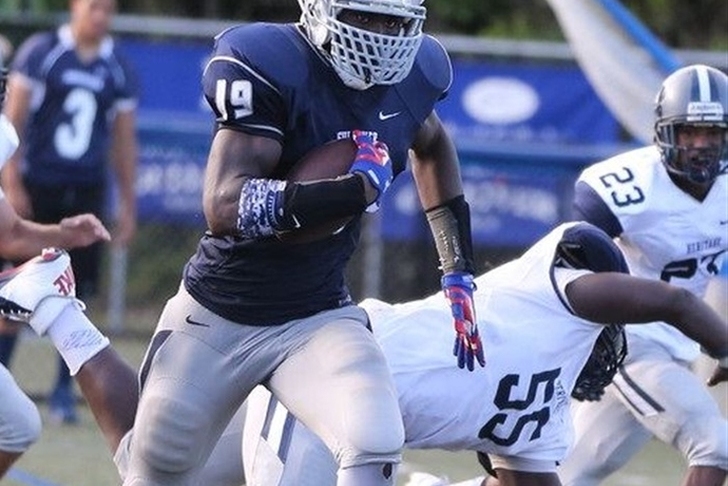 Four-star DE Joseph Jackson chose to stay close to home and committed to the Miami Hurricanes, citing the fact that he wants to continue the program's tradition and get them back on track.

"That's a huge deal, I wanted to help turn the program around once I saw 'The U' documentary," Jackson said. "I wasn't always planning to pick Miami but they were one of my favorite colleges. Once I had the opportunity to go there with some of my teammates, that was it. We've been playing together since Pop Warner and our class can make a difference."

Jackson expects to officially visit Alabama and South Carolina, and while he says he's firm in his commitment, Miami is still constantly recruiting him.

"I talk to almost every one of the coaches and I appreciate that," Jackson said. "Even though they have my word on committing, I get a new message on Twitter every day. They ask how my day went or send me pictures for motivation. They could stop spending all this time but the fact that they choose not to shows how much they really want my choice to stick."

Jackson is ranked as the No. 15 defensive end in the nation and 33rd overall prospect in the state of Florida.

Follow our Miami Hurricanes team page for all the latest Miami recruiting news and rumors!