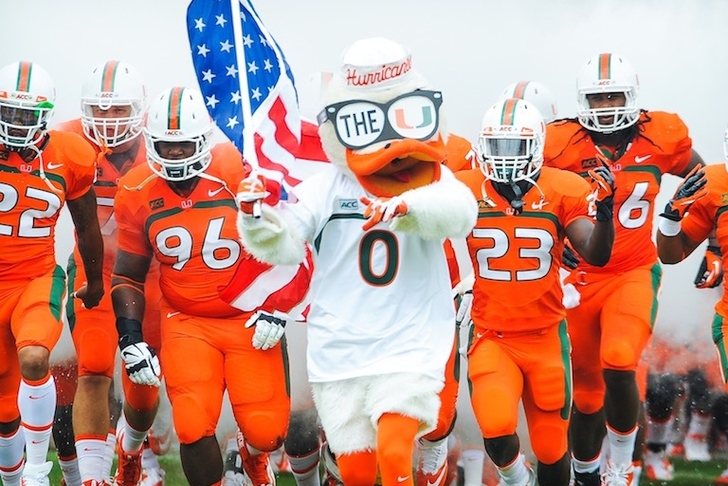 The Miami Hurricanes improved to 6-0 with a dramatic come-from-behind victory against the North Carolina Tar Heels. The Hurricanes rallied from a 10-point deficit in the fourth quarter, scoring in the final 16 seconds of the game to seal their second road win of the season.

Stephen Morris had his worst game of the season, throwing a season-high four interceptions against the Tar Heels. It didn’t help that he lost two of his best playmakers early in the game, with Duke Johnson leaving with a migraine, and Phillip Dorsett with a partially torn MCL.

Wake Forest heads to South Florida riding a two-game winning streak. They were able to pull off upsets against NC State and Maryland by riding their offense, which scored 28 and 34 points respectively.

Get off to a Quick Start

When Wake Forest has the ball, they have to score, and score early. In their four wins, they’ve outscored their opponents 65 to 25 in the first half, but their losses have gone the

other way, and the Demon Deacons have been outscored 66 to 27 in those. If Wake Forest wants to come away with a win, they’re going to have to be aggressive on offense and establish an early lead.

If Wake Forest wants to go to Miami and win, Tanner Price has to get the ball to his favorite receiver—Michale Campanaro—early and often. Campanaro has 55 receptions for 704 yards and five touchdowns on the season, and he even threw a touchdown to Price last week against Maryland. If Price can get the ball to Campanaro, Wake Forrest is going to be able to move the ball and score points.

Take care of the ball

The Hurricanes have turned the ball over eight times the past two games. Morris has been erratic at times, accounting for six of the eight turnovers. The Hurricanes need him to improve his decision-making and have a turnover-free game so he can be ready for next week’s showdown against Florida State.

The Hurricanes need to use this game to get the defense back on track. Over their past two games they have allowed 901 total yards. Yes, it was against the two best offenses they have played. Yes, they where put into bad situations by their offense, but they've only allowed 1134 yards the previous four games. Miami has to get back to the defense they played their first four weeks, and get off the field by forcing more three and outs.

The Hurricanes opened as 21-point favorites, and have been bet up to 24 points.

The Miami Hurricanes are in a terrible position this week against Wake Forest. They are coming off an emotional come-from-behind win against North Carolina, the NCAA finally came to their decision, and they have Florida State next week. Everything points to Miami coming out and laying an egg. If Miami comes out fired up, limits their turnovers, and plays solid defense, they could blow Wake Forest out. Miami has the home-field advantage, and is going to win comfortably, while not covering the spread. Miami wins, 35-17.