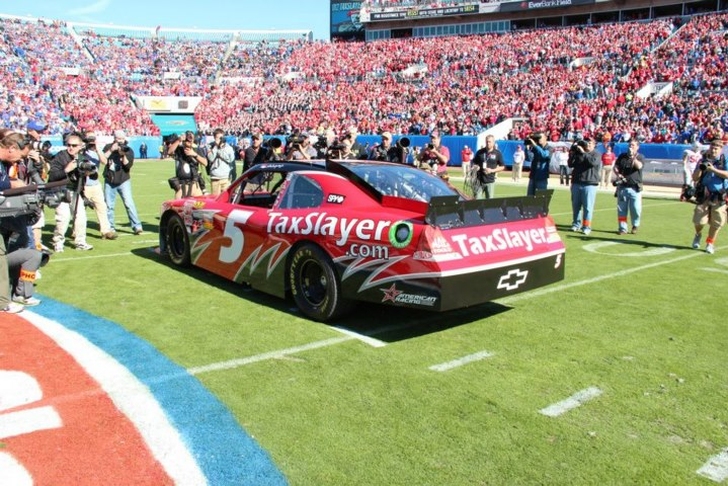 This season might not have gone according to plan for the Miami Hurricanes, but they can still end the year on a high note by winning a solid bowl game. While the former BCS bowls might not be happening for the Canes, there are still some very interesting options on the table...here's where they could end up:

It might not be the most prestigious game out there, but the Canes could do a lot worse for themselves than the TaxSlayer Bowl. A short trip to Jacksonville means the Canes faithful will be out in force, and getting to enjoy the cabanas at the Jaguars stadium sounds a LOT better than a trip to Michigan or Idaho in early January. With possible SEC opponents like South Carolina, LSU and Auburn in the cards, this would be a tough, but very interesting game.

The Sun Bowl would be less appealing than the TaxSlayer bowl from a travel/tourism standpoint, but Miami has a much better chance against a mid-level Pac-12 squad than it does against a SEC team trying to prove it got snubbed by the big boys. Utah is probably Miami's best (and most likely) matchup here, with Arizona State and USC possibilities as well. For the stadium nerds out there, the Sun Bowl is one of the most unique (and cool-looking) places to play football in the country.

Another bowl that would see Miami take on a SEC squad, this would match the Canes against Mizzou, Tennessee, Texas A&M or South Carolina. The Canes would ideally like to avoid Tennessee here since the Vols have such a strong presence in the area, but any of the available SEC opponents would make for a tough matchup this season.

*Because the ACC has links to so many bowl games, there are a few other spots the Canes could land - we'd be surprised if they don't end up in one of the three above, but Miami could also wind up in the Independence Bowl (Shreveport, LA., vs a mid-to-low tier SEC opponent) or the Military Bowl (Annapolis, MD., against a mid-to-high tier team from the American conference). Both the Independence Bowl and the Military Bowl are scheduled for December 27.