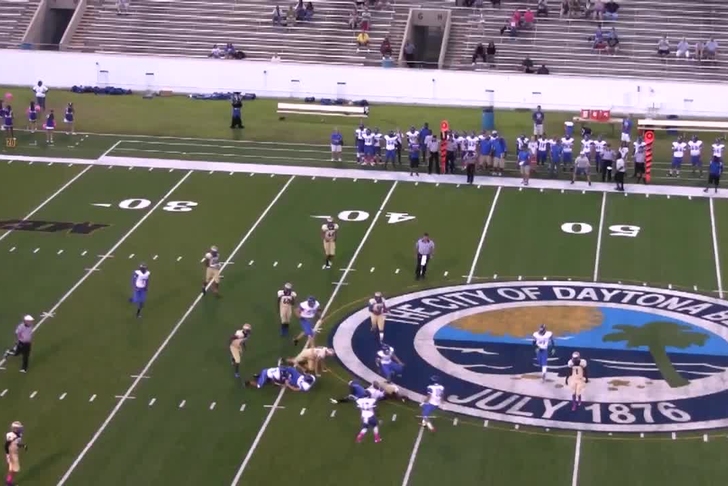 6-foot-5, 205-pound Deltona High junior Evan Hinson isn't sure whether he'll play basketball or football in college, so he's content to just sit back and watch offers roll in like the one he got from the Miami Hurricanes for football on Wedenesday.

"It's cool and all that. I'm not going there yet so I don't really know how I feel about it," said Hinson, via Chris Hays of the Orlando Sentinel. "My coach talked to Al Golden, the head coach. I didn't talk to him yet."

Hinson has played predominantly linebacker/defensive end in football and shooting guard in basketball, but he's coming into his own as a receiver and tight end and is being targeted by Miami for that very reason.

"[Miami] said I could play tight end and maybe split out to wide receiver," Hinson said. "Now most of the schools are talking offense and I play offense mostly."

As for playing both sports in college?

"It's all in the open. It all depends on how I feel going forward," he said. "I've always played both my whole life so it feels good to know that I'm actually good at both. I wasn't sure about both at first, but now I know, so that's cool."