Miami Football: Is Brad Kaaya The Best Quarterback In Florida? 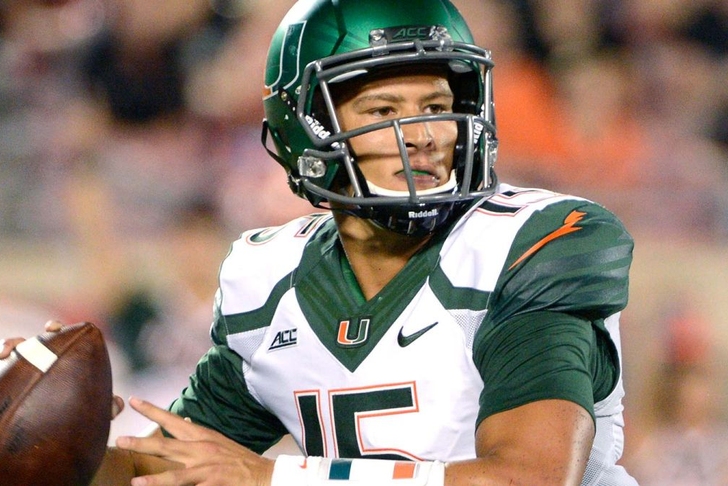 The Florida Gators and Florida State Seminoles have taken turns in recent years holding the distinction of having the best starting quarterback in the state of Florida. However, it appears it's now the Miami Hurricanes' time to take a turn.

Here's ESPN's Andrea Adelson with her thoughts on the rise of sophomore quarterback Brad Kaaya:

Though it is Miami that has been known as Quarterback U, this upcoming season will be the first time in more than a decade the Hurricanes have the best quarterback in the state. That helps explain why Miami has fallen so precipitously. Over the same span, Florida and Florida State have produced a combined two Heisman winners and three national championships.

Miami has produced zero. The Canes haven't had a quarterback drafted, either. Down cycles are to be expected -- Florida is in one now; Florida State was in one before Christian Ponder emerged in 2008. But dating back to the 1990s, neither Florida State nor Florida has gone through the decade-long drought Miami is in now.

That is why there is optimism in Coral Gables with Brad Kaaya behind center. Florida and Florida State have yet to announce their starting quarterbacks for 2015, while Miami returns the reigning ACC Rookie of the Year.

With the Seminoles transitioning to life after Jameis Winston and new Florida head coach Jim McElwain attempting to solve a muddled starting QB situation, it's Kaaya's time to shine in the Sunshine State.