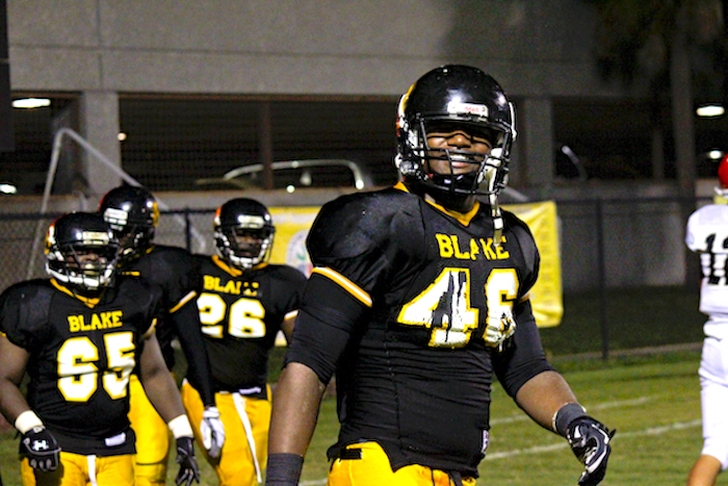 The Miami Hurricanes reeled in another solid recruiting class in 2015, but head coach Al Golden needs to continue bringing in talent if he wants to win games on the field and keep his job. As a result, he has his sights on several top recruits in the class of 2016:

Manuel is the top-ranked defensive end in the country and the third-best overall prospect, making him a big catch for Miami if they can bring him in. His elite explosiveness and athleticism also have Florida State and Alabama interested, but the 'Canes are hoping to keep the Tampa native close to home.

Gary is the top defensive tackle and second overall prospect in the country, and has every top program interested because of his superior strength. He is already built for the college game at 6'4" and 285 pounds, and he should make an immediate impact for whoever signs him.

Smith is the top-rated cornerback in the nation thanks to his supreme athleticism and elite ball skills. The St. Petersburg native wants to stay close to home as he's considering Miami, Florida State, Florida, and LSU.

Bruce has already committed to Miami, and the 5'8" speedster should play a factor in the slot and in the return game. He needs to add a few pounds to his 160-pound frame, but Bruce is quick enough to make an immediate impact somewhere on the field for the 'Canes.

Miami is already set at quarterback with Brad Kaaya on campus, but Allison - who has already committed to the 'Canes - seems like the guy who will replace him. At 6'5", Allison has the size to go along with elite accuracy, but desperately needs to add some weight on his 185-pound frame.

Follow our Miami Hurricanes team page for all the latest 'Canes news and rumors!