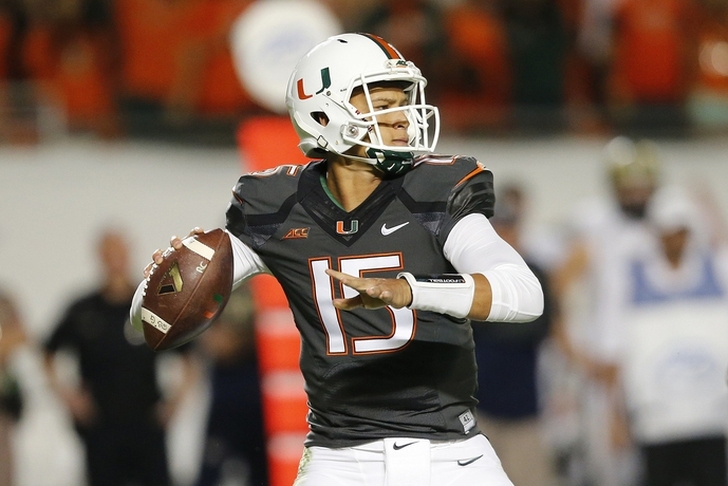 The Miami Hurricanes had another disappointing season in 2014, but they're expected to be one of the top teams in the ACC this season with the emergence of some promising young players. Here are three things to know heading into fall camp:

Al Golden is coaching for his job

Golden would have been on the hot seat last season if not for the massive buyout in his contract...but that buyout number gets smaller every year, and patience in Miami is wearing thin. The Hurricanes regressed in 2014 as they finished with two fewer wins than they had in 2013 despite a great start to the season.

Golden needs to start delivering the kind of results Miami fans are used to - conference titles, rivalry wins and top-tier bowl appearances - or he'll be gone the Monday after the season ends.

Miami will go as far as Brad Kaaya takes them

Kaaya started all 13 games for Miami last year as a true freshman, passing for 3,198 yards and 26 touchdowns. He should be better with another year to develop, and with star running back Duke Johnson in the NFL, he'll have plenty of opportunities to show what he can do. Miami's fan base is counting on Kaaya to carry them to the top of the ACC in his second season, and if he can't, the pressure will continue to mount on him - and the program - to produce.

Miami's offense relied heavily on the aforementioned Duke Johnson's rushing ability and wideout Phillip Dorsett's game-breaking speed, but both players are now in the NFL. Running back Joseph Yearby and wide receivers Malcolm Lewis and Braxton Berrios will now get their opportunities to be focal points of the offense, and their production will likely determine how successful Miami will be in 2015.

Follow our Miami Hurricanes team page for all the latest 'Canes news and rumors!