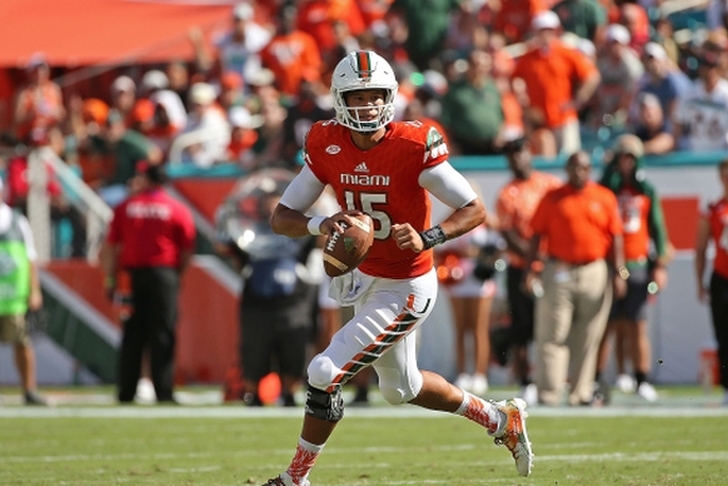 The Miami Hurricanes survived a crazy up-and-down season to make the Sun Bowl with an 8-4 record, and are now looking to end their season on the high note by beating Washington State. Here are three reasons why Miami is guaranteed to do just that:

Head coach Al Golden was fired after a truly embarrassing 58-0 loss to Clemson halfway through the season, but the 'Canes have been a much different team since then, winning four of their last five games. On the flip side, Washington State is coming off a disastrous 45-10 loss to in-state rival Washington. Miami is playing better right now, and that should continue through the Sun Bowl.

Quarterback play often determines the outcomes of these key postseason games, and Kaaya is one of the best signal-callers in the country. He has completed nearly 62 percent of his passes for 3,019 yards, 15 touchdowns, and just four interceptions this year. Kaaya's ability to make plays in key spots while taking care of the football will be the difference in this game.

Sometimes football isn't that hard to dissect - Washington State is a very well-coached team, but they've played well above their talent level all year long. On the other hand, Miami is finally starting to utilize all of their athletes since firing Golden. The Cougars have signed just three four-star recruits over the last five years - Miami signed five last year alone. Expect that talent gap to show up in a big way in this one.