3 Reasons Why Miami Is GUARANTEED To Beat Virginia Tech 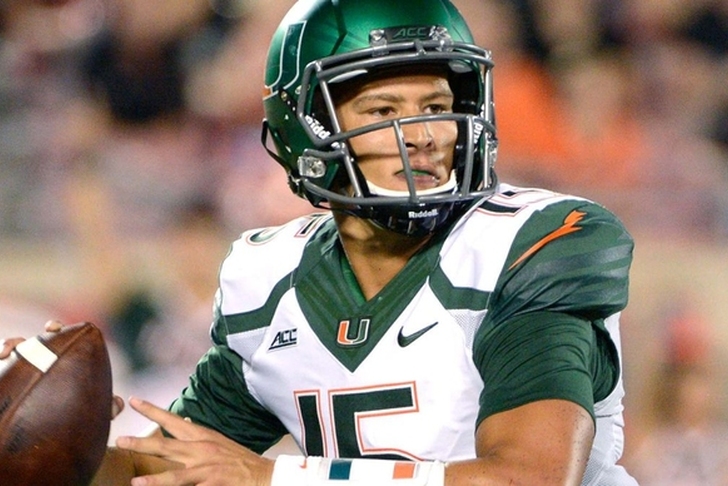 Frank Beamer's squad has been inconsistent on offense all year, going through long stretches where absolutely nothing is happening either on the ground or through the air. It may not get much better if QB Michael Brewer doesn't return from injury on Saturday. Even if he does, there's not much to VT's offense to get excited about.

In what's basically a toss-up game between ACC rivals, take the team with the better quarterback. VT has uncertainty under center. Miami has a budding star in Brad Kaaya who can outsling anyone in a shootout.

Yearby's good enough to make up for a sketchy Miami offensive line, especially when he works off Kaaya on draw plays. Watch for him to keep Virginia Tech off balance all game, opening up opportunities for Brad Kaaya to air it out.