3 Reasons Why Al Golden Is The RIGHT Coach For Miami 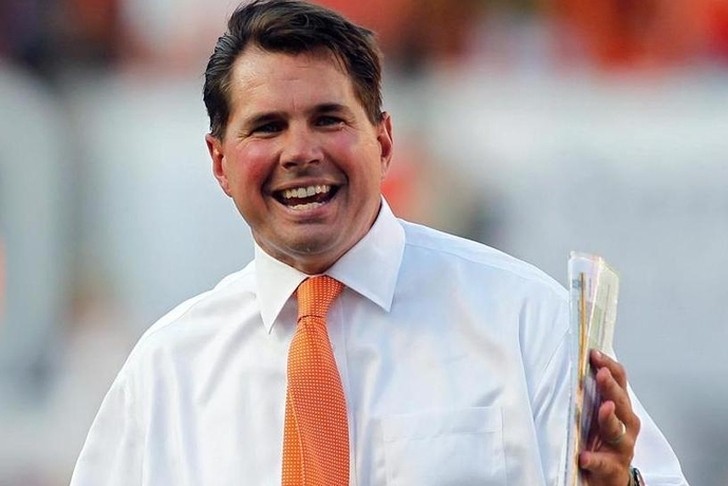 There isn't much doubt that Al Golden is on the hot seat. After last season's 6-7 record, that's understandable. Heck, his contract likely saved Golden from getting canned last season. Still, the Miami Hurricanes are now 4-2 and they have a chance to put together a strong season. Here are three reasons why Al Golden is the RIGHT coach for Miami.

If the Hurricanes fire Golden, they are likely going to try to hire a "Miami Man," someone who has a background tied to Miami. Of course, the last time Miami did that it ended up with Randy Shannon. If Miami cans Golden, it wouldn't be surprising to see them target Mario Cristobal. I like Cristobal, who has a bright future and is currently on the Alabama staff. However, he's never proven himself in the same way Golden has as a head coach. Cristobal posted a 27-47 record at FIU before, surprisingly, being fired. Golden, on the other hand, turned a 1-11 Temple team into one that could win 8 or 9 games each season. That's impressive, and Golden can do the same on a larger scale at Miami.

Make this budding talent that Golden recruited. It starts with QB Brad Kaaya, who has only scratched the surface of his potential. Kaaya, and several other talented recruits, still have several seasons of eligibility. If Golden remains head coach, the team likely won't come near six losses again for several seasons.

Had Miami held on against Florida State, fans would have an entirely different view of Golden. They still migh change their views, especially when Golden and the Hurricanes close the season strong. While they likely won't beat Clemson next week (although a win would change the doubters' views of Golden), they can still end the season on a high note. The Hurricanes have games against Virginia and Georgia Tech, which should be sure-fire wins. That's six wins right there. Miami still needs to play Duke, North Carolina and Pittsburgh, all of which are undefeated in conference play. However, those are all games Miami can win. If they do that, Miami will likely win the ACC Coastal division and fans will believe that Golden is indeed the right coach for Miami.