3 Players Who Stood Out At Miami Hurricanes Fall Camp 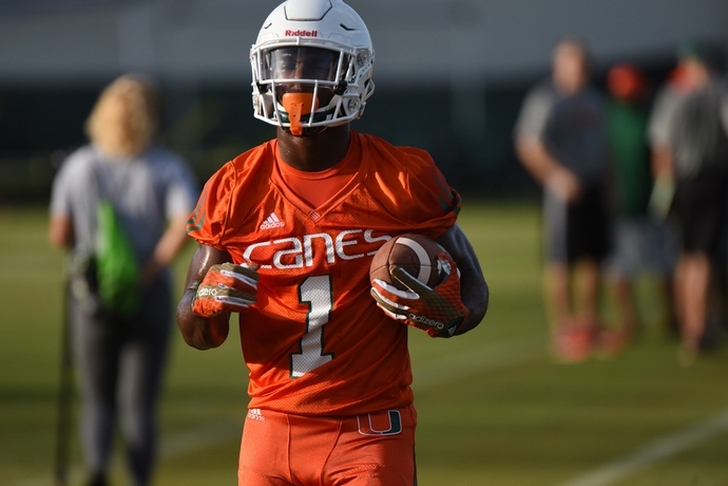 The start of the college football season is nearly here. Fall camps have wrapped up, with some players standing out more than others. The Miami Hurricanes need a few players to step up for head coach Al Golden. He's on the hot seat and another 6-7 season will get him fired. Here are three players who stood out at the Hurricanes fall camp, according to the Palm Beach Post and SB Nation.

The true freshman was a three-star recruit. He's already fourth on the Hurricane's depth chart at corner. Redwine checks in at 6-2, 200-pounds and his size could help make him a starter soon for the Hurricanes.

A true freshman, Norton had a big scrimmage for Miami. He's listed as the backup on the depth chart. Norton has a bright future ahead of him.

Duke Johnson is in the NFL. Gus Edwards is out for the season. That leaves Joseph Yearby and the true freshman Walton as the main running backs. Walton could take over as the full-time starter by mid-season. He's listed as an OR with Yearby on the depth chart right now, but Walton has the potential to be the next great Hurricanes RB.

Follow our Miami Hurricanes team page for all the latest Hurricanes news and rumors!