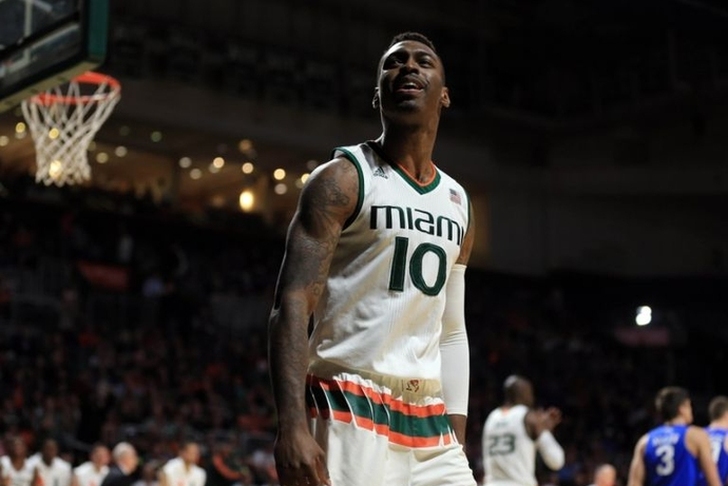 The Miami Hurricanes might be in the tournament for the first time in three years, but they showed the weren't afraid of the bright lights as they picked up a comfortable 79-72 win over the Buffalo Bulls.

Buffalo actually came out hot and snagged a 15-6 lead in the first seven minutes of the game, but Miami closed the half on a 29-16 run to take a 35-33 lead at halftime. The 'Canes were able to continue that run in the second half, building a double-digit lead and maintaining it until the last four minutes of the half.

The Bulls were able to threaten Miami down the stretch, cutting the lead to four with 1:55 left. However, Miami made the free throws they needed to down the stretch to preserve the victory.

Miami's senior backcourt stepped up and was the difference in this one. Angel Rodriguez set the tone with 24 points, seven rebounds, four assists, and three steals, while Sheldon McClellan added 20 points and five rebounds.

Buffalo freshman Nick Perkins came off the bench to lead the Bulls with 19 points. Bearden was the only other player in double figures, scoring 19 points.

Miami advances to take on the winner of (6) Arizona vs. (11) Wichita State on Saturday night in the second round.