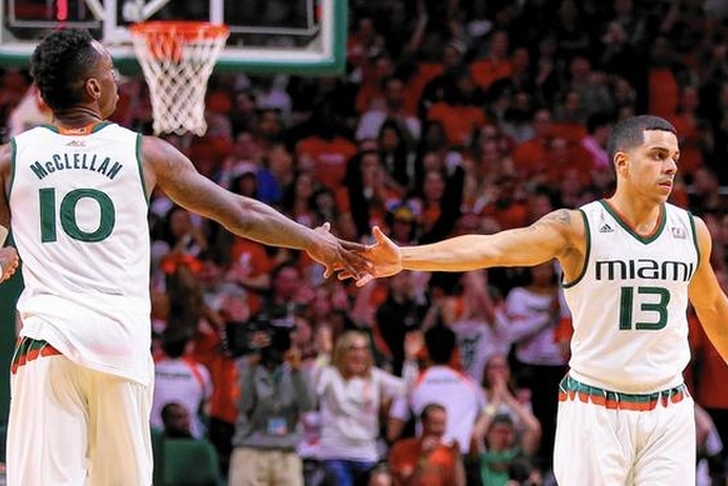 It looked like the Miami Hurricanes were going to end Wichita State's season in blowout fashion - the Shockers had other ideas, but their comeback efforts ultimately weren't enough.

Miami came out of the gates on fire, starting the game on a 27-6 run in which they throughly dominate Wichita State in all phases of the game. However, the Shockers rebounded and were able to slowly claw their way back into it, ultimately going on a 24-10 run at the start of the second half to take a 43-42 lead.

Miami would not let that run destroy them - in fact, it seemed to rejuvenate them. The 'Canes immediately responded with a 10-2 run of their own, regaining a comfortable lead. Wichita was able to cut the lead to two with 2:30 left, but Miami's Angel Rodriguez hit a huge three with a minute left to push their lead to 60-53. He then drained five free throws down the stretch to preserve Miami's 65-57 win.

Wichita State's 15 turnovers is what ultimately did them in, along with their 34.5 percent shooting on the night.

The Canes' senior backcourt carried them from start to finish. Rodriguez was domiant during their early run and made several clutch plays late to finish with a career-high 28 points, five assists, and four steals. Sheldon McClellan also stepped up and made plays down the stretch, recording 18 points.

Senior point guard Fred VanVleet did all he could to carry the Shockers, scoring 12 points to go along with five rebounds, five assists, and four steals. Shaq Morris also provided a strong effort on the inside, finishing with 12 points and eight rebounds.

Miami advances to the Sweet 16 where they will play the winner of (2) Villanova vs. (7) Iowa in Louisville, KY on Thursday.